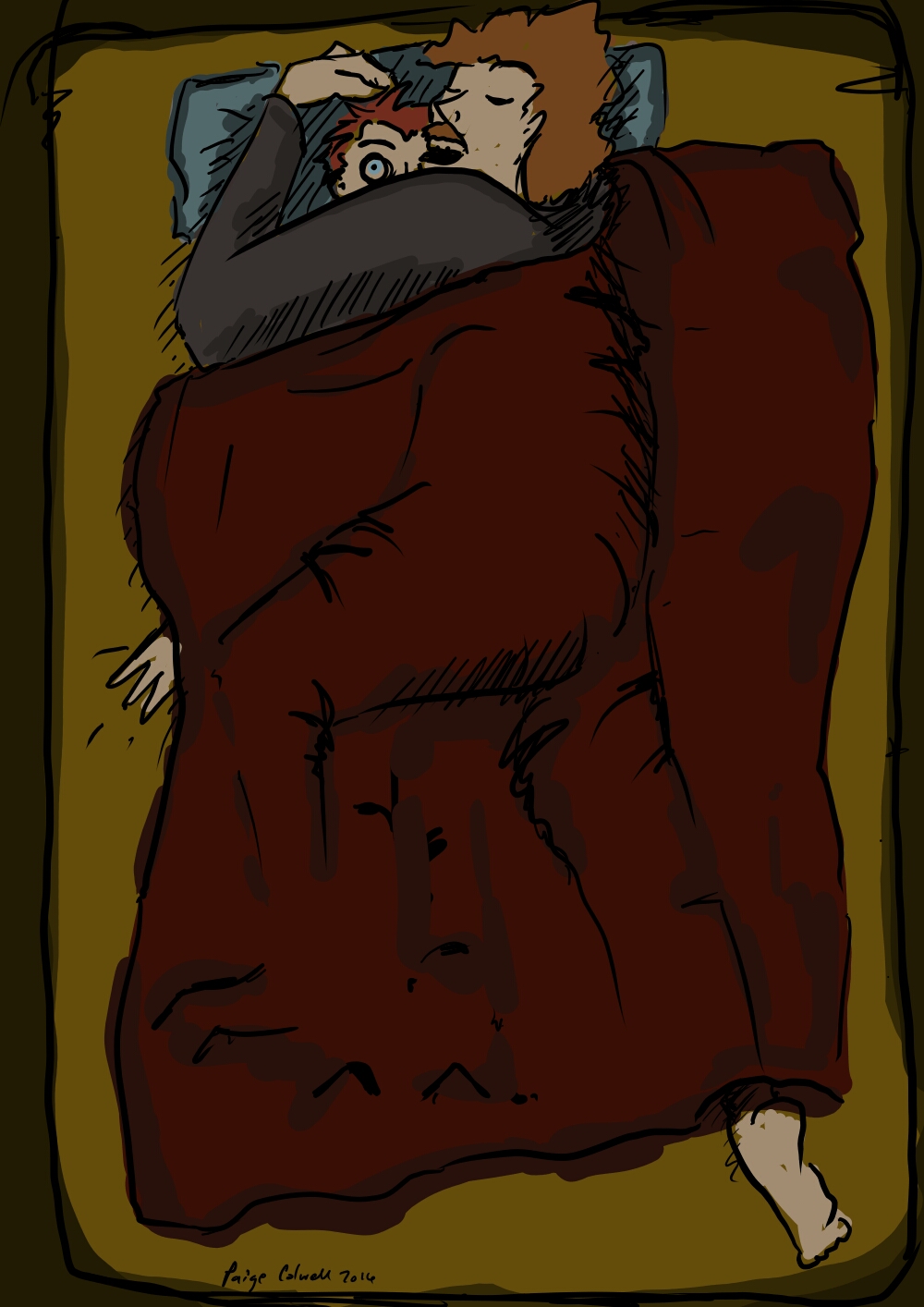 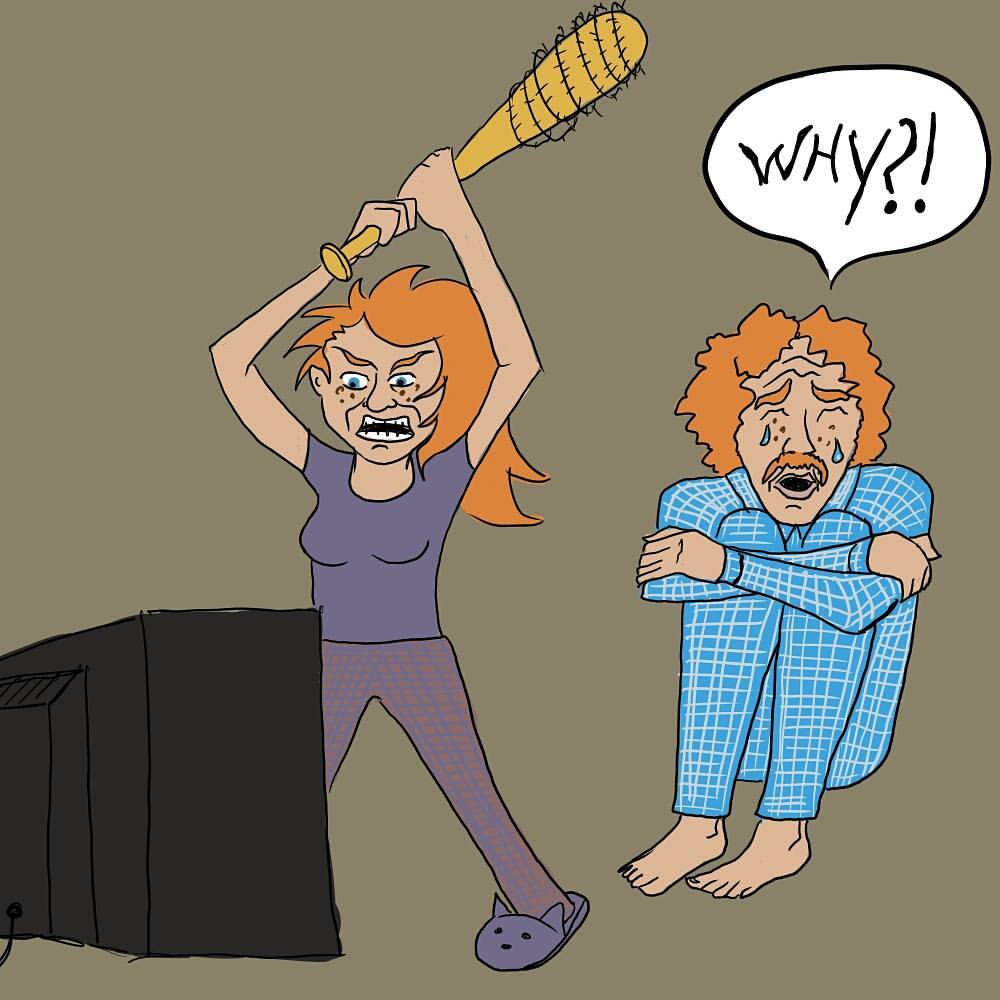 I know, I know, I’m the worst. I haven’t update or posted or done ANYTHING on this portfolio since Christmas 2015. It’s true. I’m changing that starting now 🙂 Next week I’ll be posting about INKtober 2016, and the week after I’ll be explaining why I’ve been an absentee artist on my own portfolio! Be gone bad artist behaviour. BE GONE!

To start, here are two adorable cartoons about the Giant man and I. The first is titled Sleeping With Giants. The second is titled Negan (or Watching the Walking Dead). Because F**k that guy. Both were done on my phone (I know right?) using a fantastic app called Medibang. It’s like photoshop for your phone!